”As Milarepa has said: the empty clear mind just becomes increasingly clear as you keep meditating. That's what we call the Bhumis and the paths, the different stages. Even though they're given different names, it's just an increasing becoming clear of your natural state ...

So this is how the four yogas really are a gradual development of the realization of the mind. So even though we count and list different Bhumis and different paths and there's different teachings on that, this is really how we should see it.

This is also a very important teaching, the most important teaching by Milarepa where he said that the so-called Bhumis and the paths are the progressive realization or recognition of the clear and empty nature of the mind. The Bhumis and the paths are nothing but signs or road signs so you know where to go. You know where you're at. So practitioners need some kind of signs so they know they're on the right track.”

- From Garchen Rinpoche's introduction to the Four Yogas of Mahamudra (May 13th 2021), translated by Ina Bieler

Kim: It is said here precisely how it is. All the grandiose and impossible-to-attain descriptions from commentaries and other texts are sheer nonsense that should be thrown away because the only thing they actually do is lead people astray. Old texts and traditions gather so much extra baggage and weird views that in the end it doesn't make any sense and has no relevance with the actual practice. Ignorant people should never not touch and alter the teachings of the masters.

The most important teaching of buddhism is gradual increase of clarity of mind, through emptiness of phenomena, that happens in stages just like is presented in Pemako teachings. Everything else comes far behind and pales next to this main point.

It is best to forget everything else and focus on realising empty mind that is loaded with compassion. If you do that wholeheartedly even for a year, your life will be different forever. If you take it all the way to completion, you'll change the lives of those you meet. 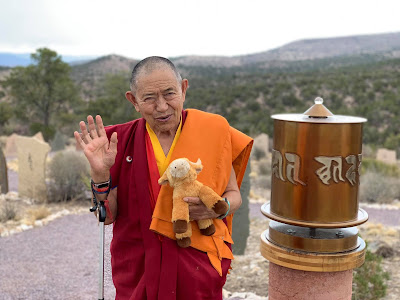