"Before I discovered the Two-Part Formula I hadn’t much experience in meditation, in fact, for reasons that I am not entirely sure of, I hadn’t meditated for nearly 10 years.

My brother introduced me to meditation about 12 years ago and the first method I learned was a breathing awareness meditation. This seemed to have a very positive effect on me so I made a commitment to practice everyday, even though the idea of awakening or enlightenment was completely unknown to me at this stage. Around this time I also took part in a small number of retreats that were focused mainly on the practice of pure awareness. I stuck with this meditation for a while but found it
hard to stay committed. My daily practice became less and less frequent until
eventually I stopped.

During the 10 years of not meditating I had considered returning to a daily practice but could never find the inspiration that I needed. One day my
brother mentioned to me that he had discovered a new meditation technique that was awakening nearly everybody who tried it. As you can imagine I found this quite hard to believe but simply hearing about it was enough to reignite a spark in me. I didn’t go to the 2PF straight away, there was definitely something in me that was resisting it. It took a few months before I eventually decided to give it a go.

The 2PF felt strange at first and was quite unlike any meditation technique I had tried before. I certainly wasn’t one of those individuals who awakens
after one or two days. In fact, it took several weeks to break through the illusion. The 2PF never felt like it was having a very strong effect on me. I found it difficult to trigger any strong sensations of self, but I was committed and eventually it worked.

My awakening happened early on a Saturday morning, but since the afternoon of the previous day I had felt like a shift had occurred. I went out that evening to meet friends and go to a concert and throughout this whole time I felt unusually peaceful. So content and relaxed, yet energised. Socialising was much easier than usual. I often had difficulty relaxing in large groups and would usually resort to excessive drinking as a way of dealing with the tension. While cycling home I decided to try out the affirmation. Saying the words out loud and in my head, I couldn’t help but notice how the words had lost some of the meaning that they previously had. Almost to the point where they felt like they weren’t bouncing off anything, like they weren’t triggering anything in me. I went to bed when I got home and as I lay there, already after 4 am at this point, I couldn’t stop thinking to myself that something was missing. This couldn’t be awakening. My experience lacked heart, lacked warmth and love.

While lying there I became increasingly aware of a glow between my eyes. I had felt something like this before during meditation, but it had previously felt more like tension, like a clenched fist, or a rock, or a knot in my forehead. Now it felt like it was coming to life , growing warmer, and pulsing with energy. I decided to focus my entire being on it and as I did so it started to expand. The more it expanded the warmer and freer I felt. Suddenly I realised something that I had known before, but there was a sudden shock realisation of what it truly meant. For the first time in my life I realised I can be me now, really me. I said this to myself out loud. “Oh my God, I can be me now”. Nothing to be scared of anymore, nothing to chase, no-one to be, except me.
These words had such profound meaning to me that I needed to repeat them several times, completely shocked by the realisation. Suddenly I started crying
and the warm glow that was expanding across my forehead suddenly exploded, releasing a massive wave of energy across my entire body. The feeling was so indescribably intense that I broke down in completely uncontrollable tears.

My body was shaking. It felt like a huge amount of dark energy was bursting out of my body through this point in my forehead. I’m not sure how long the tears lasted but as they calmed down they were replaced by laughter and a feeling of lightness and energy like nothing I’d felt before. Even though it was 5 am I felt like getting dressed and running down the road telling everybody I met what had happened to me and how much I loved them! Crazy! I did go for a walk but you can imagine what the few people around would be like at that time on a Saturday morning, so I kept it to myself.

My awakening was such an intense experience that it took several days to recover from. The whole experience had rattled me so much that I could do
very little for those few days. But as my life gradually returned to normality reality started to sink in. The sights, the sounds, I no longer feel separated from them as I did before. I feel so connected with everything and everyone around me. Such a strange but beautiful feeling. My self could never have experienced life in this way." 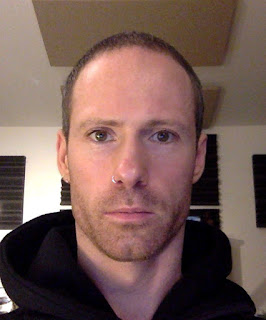 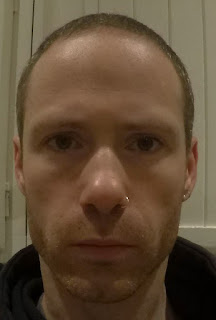