Harvest Is At Hand

Harvest Is At Hand

It is a simple fact that very few people out of tens of millions of practitioners worldwide become graduates, fully enlightened buddhas, in a single lifetime. It means that from the methods that many people follow, most get small benefits while only few get great benefits. Instead of the majority of sanghas becoming fully enlightened buddhas or awakened to a mature degree, there arise one or two people who become to be considered as outstanding practitioners who are then seen as special. Yet, at the same time more than one or two people have a deep yearning to become enlightened.

This means that there is a gap between the innate potential and revealing it. This question has been burning in my mind since I became disillusioned about old, traditional, ”timetested” methods of yoga and meditation that actually didn't work well despite of backbreaking efforts. I know many who have had the same problem.

First of all, if you want to get true benefits of your practice (through recognising yourself as a buddha), you need to keep asking questions. This is something most people don't do because they trust those timetested methods along others. Practices, when practiced correctly, need and are required to deliver glimpses and insights of recognition on continual basis from the very beginning of practice until the final goal of buddhahood. As long as practice is continued, there should be no plateuing but if practice is continued and plateuing still happens, there is something very wrong with the practice! This is common sense.

I teach and practice pragmatic dharma (See Vince Horn's article Core Features of Pragmatic Dharma). This means that in Pemako Buddhist Sangha we discuss openly and publicly about our meditative and spiritual experiences, incl. awakening experiences and enlightenment. Dr Daniel Brown, who has made public statements about the advancement of his students, incl. that two people in their sangha have attained buddhahood, is also an example of this. This is out of the norm in buddhist culture, though it has been done historically as well. We do this for the simple reason that it is highly beneficial for the whole community, and hopefully as beneficial to dharma culture in general.

For many years myself and our practitioners have talked and given written accounts of their awakening experiences, or technically bhumi openings and bhumi perfections. If I remember correctly, I started announcing awakenings (1st bhumi opening) of my students in the Spring of 2014 which is exactly 7 years ago. Since then I've kept giving brief monthly or bi-monthly reports about the advancement of our sangha members in Facebook. We do this in more detail in our closed Facebook group that is only for sangha members. 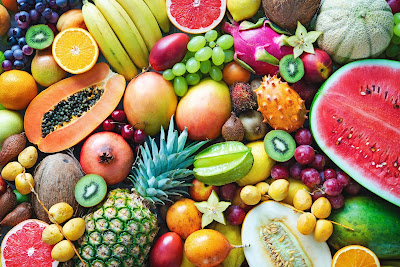 We have a strong sangha of 70 people worldwide most of who attend several retreats each year, on top of their daily home practice. I began this post by discussing the gap between the innate potential of buddhanature and lack of knowhow to access it, so perhaps I'll say a bit more about that.

The Pemako method has several unique features. Not only is our method pragmatic, that alone gives a very different feel to it in comparison to secretive methods, we do practices that no one else in the whole world does, literally. I have discussed all of this on regular basis for many years so I won't repeat what I have said before but I'll remind that we haven't invented anything new, just reshaped and refreshed the form of our practice. It is the way how the foundational principles are formulated into exercises and how these exercises are understood and practiced, what makes the difference.

When people write me and tell about their training in other styles and then Pemako, one of the things they often communicate is their frustration of not getting anywhere. This stuck happens because people are not taught the basics well, in a simple language that they could easily understand. Then a whole new world opens for them when they meet Pemako teachings and learn the basics of tantra and dzogchen, taught in simple and no-nonsense manner. Opening of a new world means repeated recognitions of oneself as a buddha.

So, without exact knowhow the distance between the potential and lived experience of it, becomes impossible to catch up. Also from this basic problem many other problems germinate which is how yogas turn into religions. Vice versa, when the method allows recognition from the start many positive features come from it, such as harmony in the sangha (which is a rarity) and the journey from unawakened state to fully enlightened state becomes swift.

Last month I wrote a blog about Long Cessations: How Buddhahood is Actually Attained. For context, please read it if you haven't.

In few years time I will be able to give detailed statistics on this, based on 8-10 cases, but at the moment it looks like earnest Pemako practitioners attain buddhahood, perfection of 1-10 bhumis, in 6-8 years on average. Soon and during this year, I will probably be able to break news of a handful of practitioners who have reached full fruition in their practice, including some personal details. Due to the uncommon nature of this information, the accounts will be anonymous for the public but as openly celebrated as any other awakening experiences within our sangha. Harvest is at hand.

May you be filled with the grace of the buddha within,